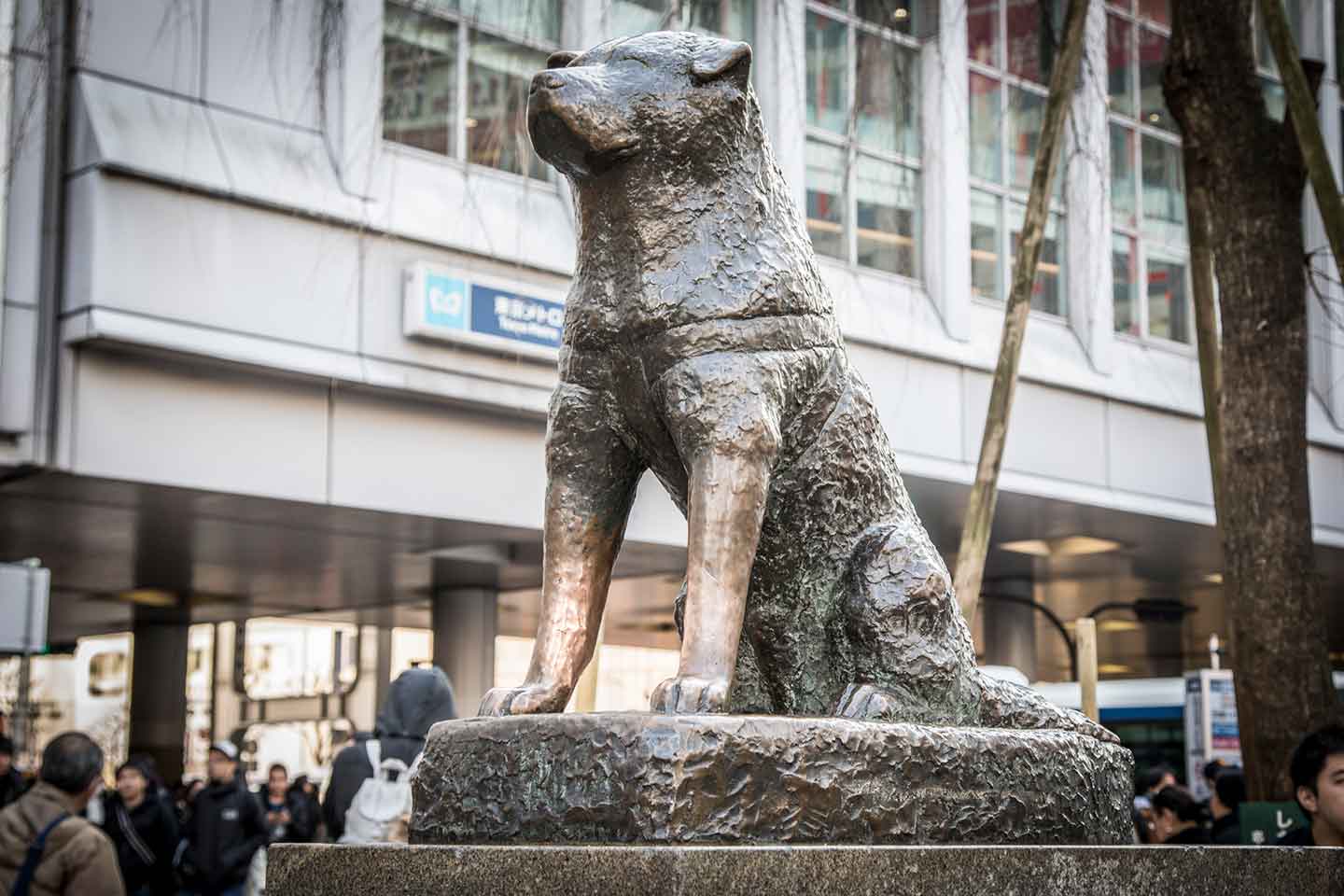 The statue of Hachiko outside Shibuya station

The Legend of Hachiko

For anyone who has set foot in Tokyo’s Shibuya area, Hachiko or “Hachi” as he is affectionately known to many, is a name that will likely hold some meaning. Whether it’s the signs directing people to the Hachiko Gate exit from within the train station, or the statue of this famous Japanese Akita dog near the famous scramble crossing, Hachiko’s story is a heartbreaking and inspirational tale of one dog’s loyalty to his master.