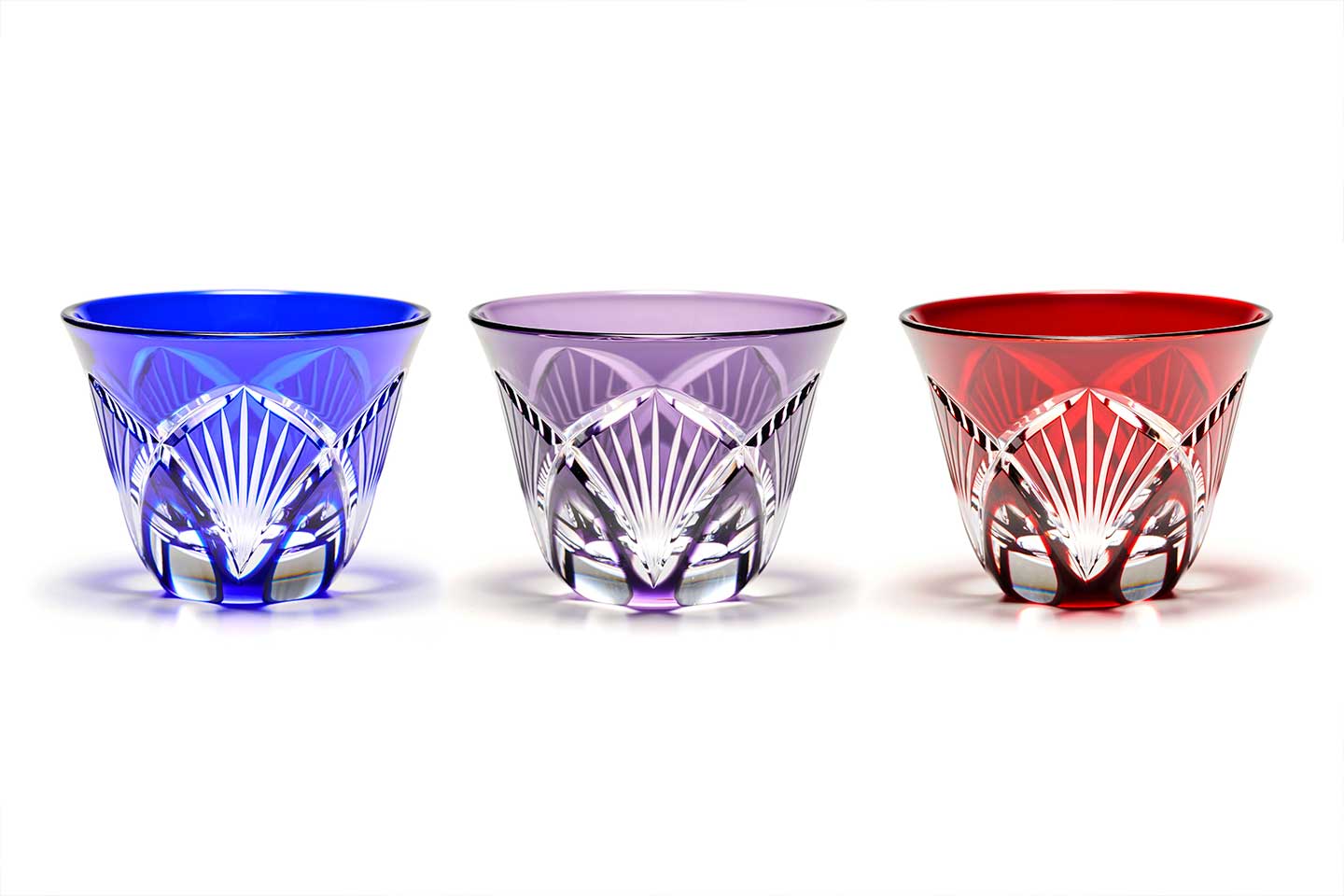 Edo Kiriko is a traditional kind of cut glassware first produced in Edo (modern-day Tokyo) in the 1830s. Though inspired by glassware imported from Europe, it developed a uniquely home-grown tradition with its own tools, techniques, and aesthetics.