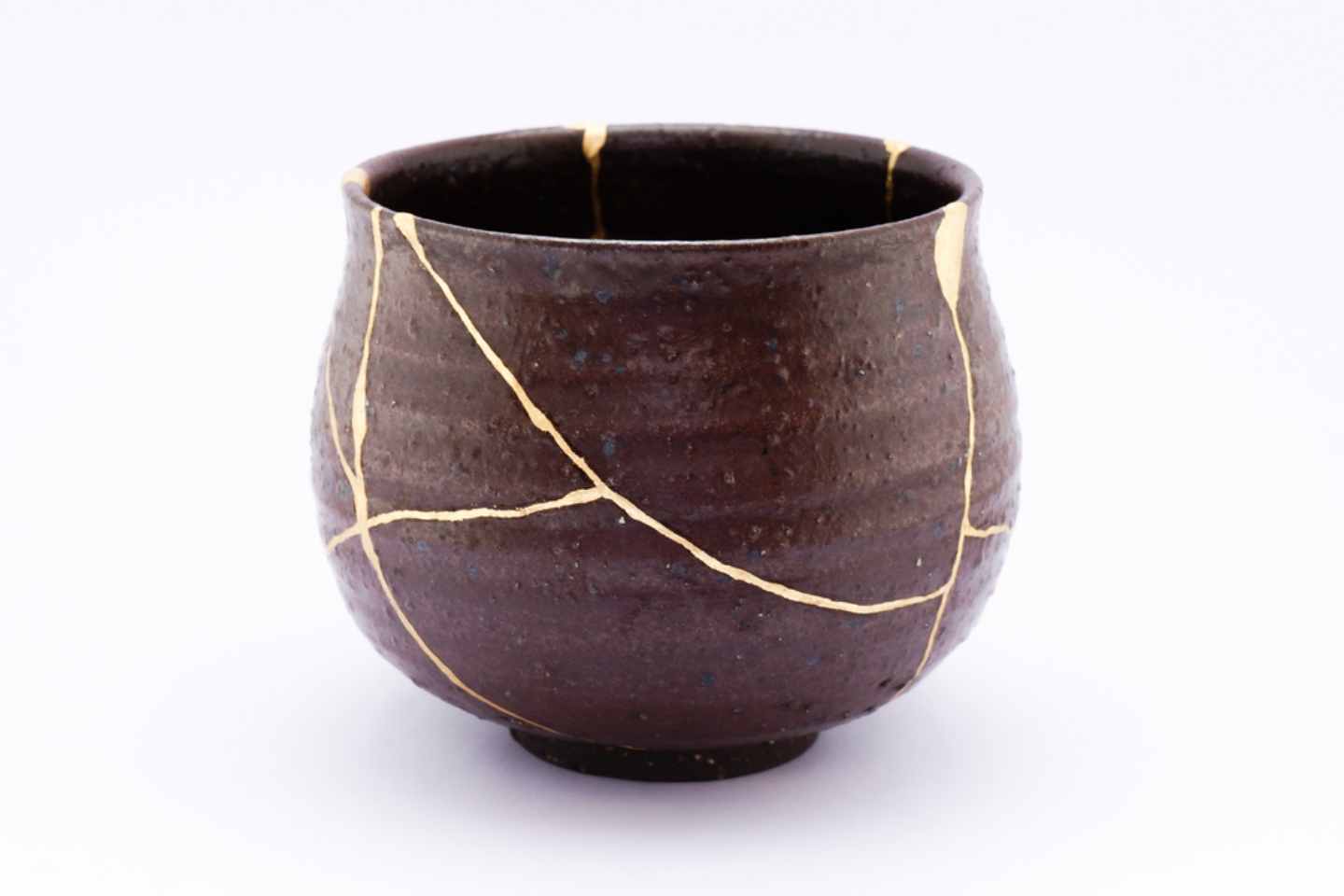 Kintsugi: The Beauty of Imperfection

Cut with deep grooves, the trunk of a Japanese lacquer (urushi) tree oozes with yellowish-grey liquid. As the name Toxicodendron vernicifluum implies, this sumac’s sap is toxic. But after it’s filtered, heated and colored, it will form a lacquer that is mixed with gold, silver or platinum and used to repair broken pottery. This traditional technique of highlighting the imperfections from damage is known as kintsugi, or “golden joinery.”