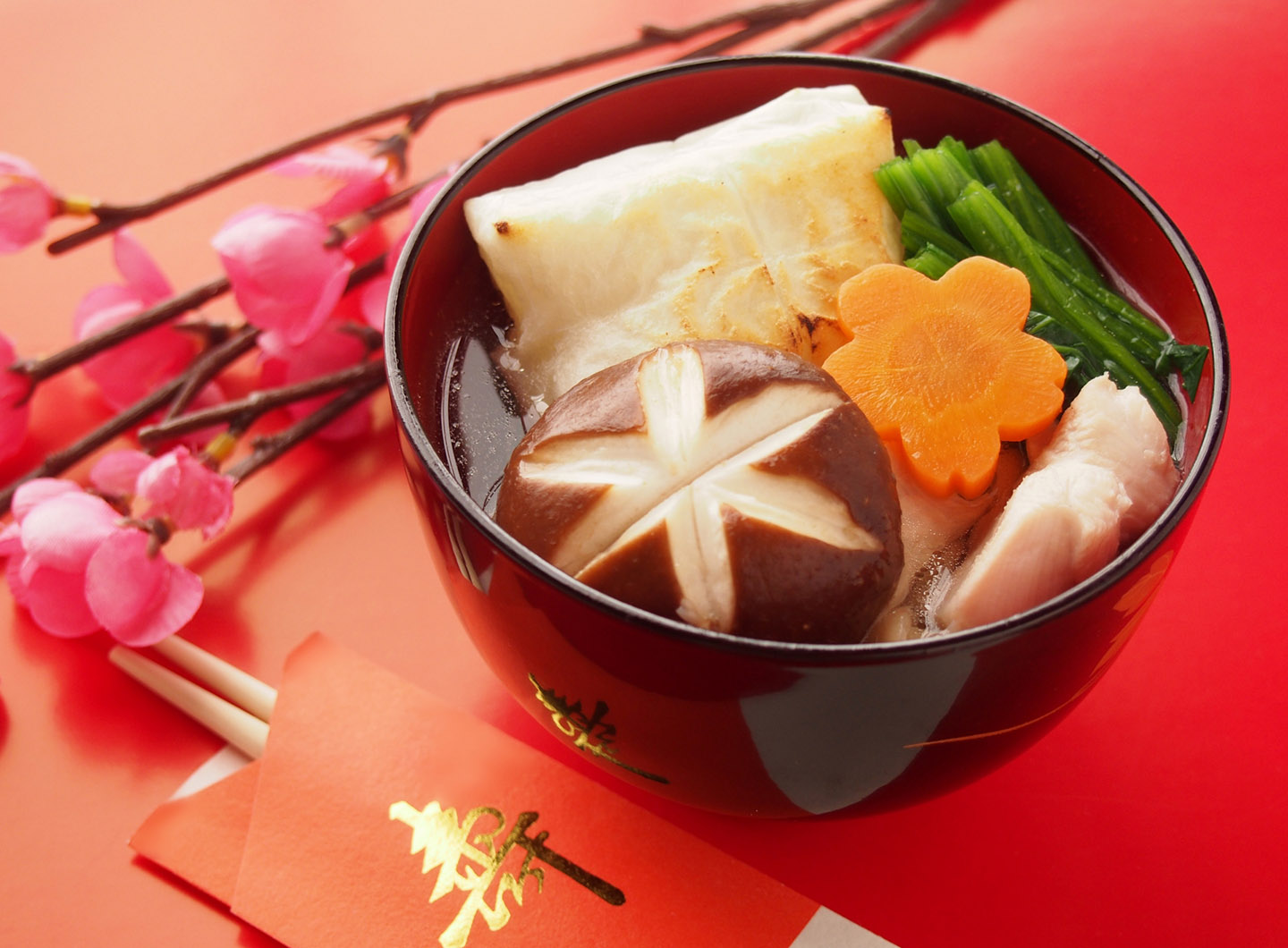 What is Zoni, the Traditional New Year Soup in Japan

Zoni is a Japanese traditional new year soup consisting mainly of mochi (rice cakes) and other ingredients like vegetables etc in a soy sauce or miso based broth. This soup is eaten on New Year's Day along with a traditional new year dish called Osechi, an assortment of colorful dishes packed together in special boxes. It is believed that people eat these dishes as a tradition of praying for the safety of the year. However, each region has different zoni and the ingredients used are unique to each area. It's interesting to see from the historical point of view on how each region got its own local colors.