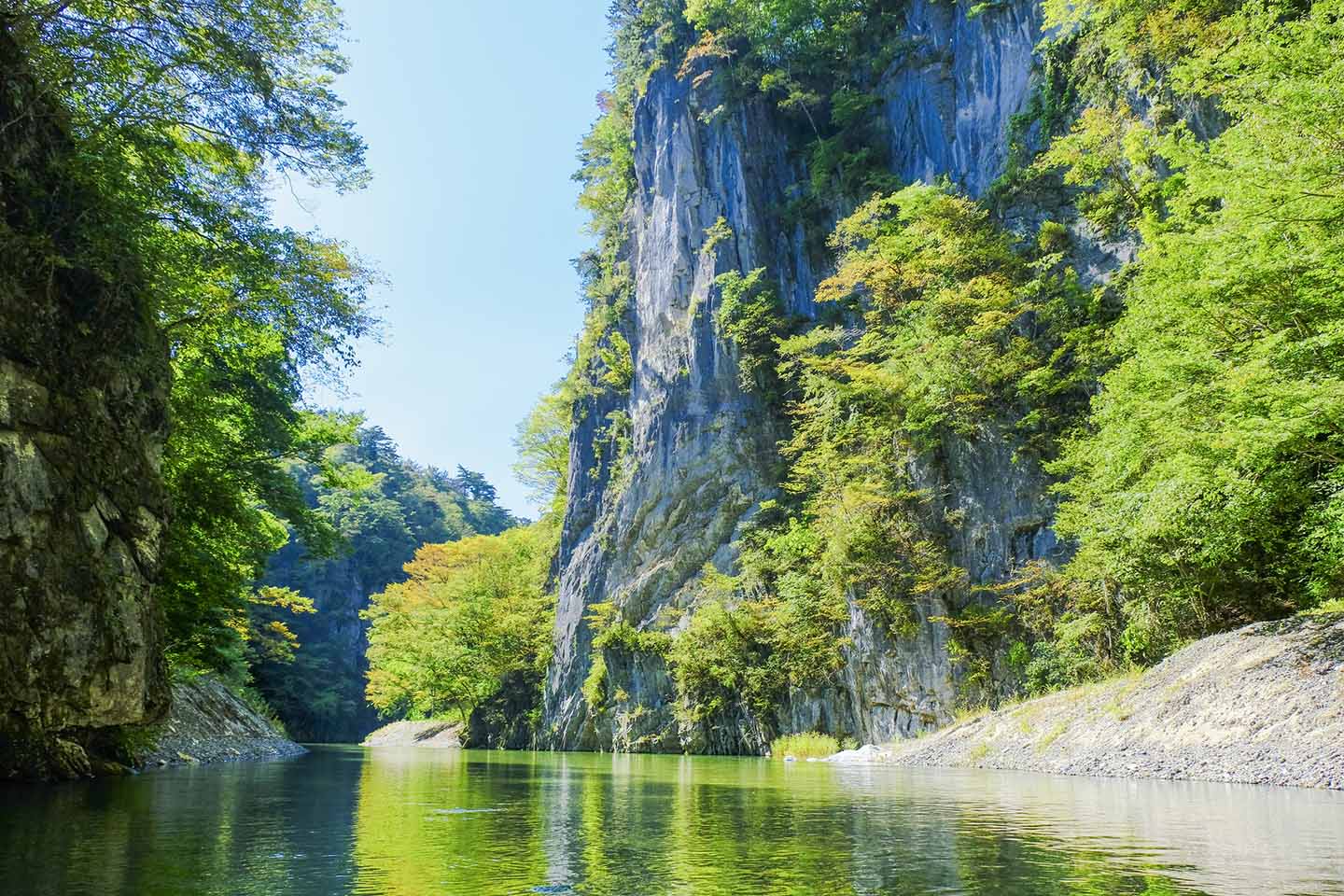 Geibikei Gorge is one of the top 100 scenic spots in Japan designated as a National Site of Scenic Beauty and a National Natural Monument. Along the Sunatetsu River, the canyon is a 2km long stretch of quay walls over 50 meters high. Not to be confused with the nearby Genbikei Gorge, Geibikei Gorge is home to Geibikei Gorge Boat Trip, a 90-minute cruise that allows visitors to enjoy the landscape; fiery red in fall, creeping wisteria blossoms in May, and crisp, clear skies in winter. A mere five minute walk from JR Geibikei Station which is covered by JR East Pass (Tohoku area), here are some of the highlights of such a beautiful gorge that can be enjoyed annually.