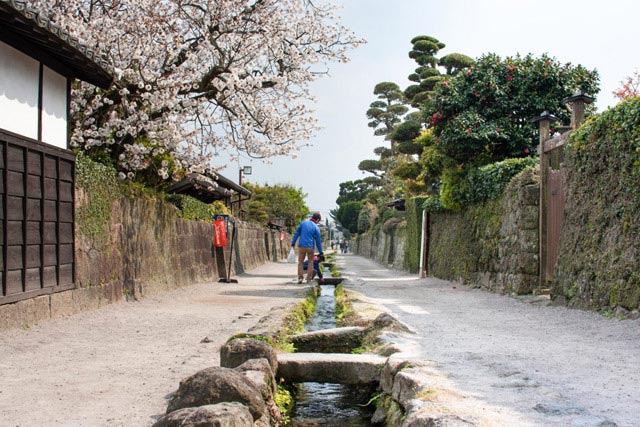 Shimabara: a Quiet Town with a Violent History in Nagasaki

For such a quiet place, you’d never guess that Shimabara hides a violent history.
Tucked away in the shadow of Mt Unzen and on the shores of the Ariake Sea, the port town of Shimabara is a convenient place to stop and relax between Nagasaki and Kumamoto. Arriving at the station on a one-car train and walking through the empty streets towards the castle, the city feels as still and silent as any other provincial Japanese backwater.