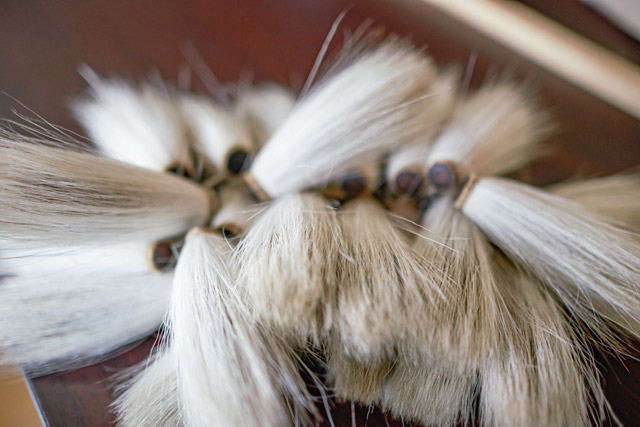 Once an essential part of any stationary set, fude calligraphy brushes are now less a part of everyday life and more recognized for the artistic pursuit of traditional writing. Now with only twenty to thirty craftsmen left producing fude from animal hair, there’s a renewed sense of purpose to preserve this craftwork.